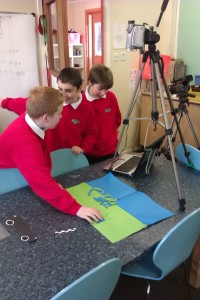 “What is meant by literacy?
In defining literacy for the 21st century we must consider the changing forms of language which our children and young people will experience and use.  Accordingly, the definition takes account of factors such as the speed with which information is shared and the ways it is shared.  The breadth of the definition is intended to‘future proof’ it.  Within Curriculum for Excellence, therefore, literacy is defined as: the set of skills which allows an individual to engage fully in society and in learning, through the different forms of language, and the range of texts, which society values and finds useful.”

Moving Images are clearly relevant texts for the 21st century.

From the same document:

“What is meant by ‘texts’?
The definition of ‘texts’ needs to be broad and future proof: therefore within Curriculum for Excellence,a text is the medium through which ideas, experiences, opinions and information can be communicated. Reading and responding to literature and other texts play a central role in the development of learners’ knowledge and understanding. Texts not only include those presented in traditional written or print form, but also orally, electronically or on film. Texts can be in continuous form, including traditional formal prose, or non-continuous, for example charts and graphs. The literacy and English framework reflects the increaseduse of multimodal texts, digital communication, social networking and the other forms of electronic communication encountered by children and young people in their daily lives. It recognises that the skills which children and young people need to learn to read these texts differ from the skills they need for reading continuous prose.”